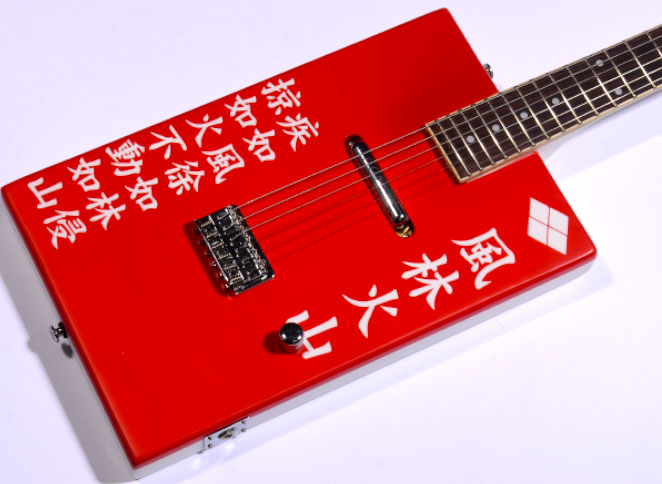 fast as the wind,
silent as a forest,
ferocious as fire,
and immovable as a mountain.

In the Warring States period, the most feared and powerful army was the Takeda cavalry.
The spearhead was dressed in bright red armor and was feared as Takeda’s Red Brigade.
The general, Shingen Takeda, liked to use the “Fu-Lin-Ka-Zan” flag.
“Fu” means wind, “Lin” means forest, “Ka” means fire, and “Zan” means mountain.

The battle of Takeda’s corps was exactly what it says.
Please remember the strongest red cavalry in Japan from this guitar with its spirit written on it.